The term “Global Village” was coined in the 1960s by Canadian media theorist Marshall McLuhan and referred to the interconnectedness of the world due to advancing media technologies. But as citizens of the world, we are also connected by our common struggles and our common hope. We are beginning to understand this now more than ever. Climate change, systemic inequities, international pandemics: these are all issues that impact everyone, no matter who they are or what corner of the world they live in.

Here in Pittsburgh and the Western Pennsylvania region, volunteers and activists have been working both at home and abroad to nurture the Global Village that connects us all. These people and organizations have witnessed first-hand the connections between climate, equity, and health and have seen the strength in what makes us different and what unites us as one human race. We will hear stories from organizations that have done extensive work in our region and around the world to heal both people and the planet – along with details about how they pivoted their work and resources in response to COVID-19. Speakers include Angela Garcia from Global Links, Ozzy Samad from Brothers Brother Foundation, Michael Neumann from Partners in Progress, and guest emcee Riccardy Volcy from Continental Building Company.

We will also be joined by special guest speaker Scott Foster, director of the United Nations ECE’s Sustainable Energy Division. Mr. Foster will share with us the approach taken by the UN to address all the common challenges of the Global Village through the Sustainable Development Goals (SDGs) as well as his efforts to connect cities around the world to one another for mutual learning opportunities so we can all expedite our collective impact towards achieving the SDGs together.

Born in Haiti, Riccardy moved to the United States in 2001 with his mother and younger brother to reunite with his father. In 2011 after receiving an architecture degree from Florida A&M University, Riccardy started his career in Pittsburgh, PA working for Perkins Eastman Architects.  While working for one of the top firms in the country he wanted to spend more time on construction sites so he transitioned to Construction Management. Currently, he is with Continental Building Company assisting with the construction of a number of buildings in the city. With a career in the AEC industry, he is excited to be a part of the transformation in the City of Pittsburgh. When he is not on a project site, you will find him #somwhereinpittsburgh with his camera.

Scott Foster was appointed Director of UNECE’s Sustainable Energy Division in January 2011. With more than 30 years’ experience in the energy field, Mr. Foster has worked extensively with governments and international organizations on energy policy, market design and regulation, climate change, investment promotion, and renewables technology and policy. He is an expert on energy market fundamentals and market design, including analysis and assessment of the major driving forces shaping demand, supply, and price. Mr. Foster has led numerous strategy engagements on the question of climate change – how to change portfolios of policy, investment and behavior in light of the science and politics of climate change. Mr. Foster’s recent focus has been assisting governments, policy makers, investors, energy producers, and consumers as they address the critical challenges of sustainability, technology choice, and investment mobilization. Before founding Nomad Energy Consulting in 2004, Mr. Foster was Vice President of Global Regulatory Affairs with AES Corporation, Senior Director for Global Power with Cambridge Energy Research Associates (CERA), and Senior Expert in the Energy Diversification Division of the International Energy Agency. Mr. Foster holds a BA from Dartmouth College, an MS in Civil Engineering from Stanford University, and an MBA from UC Berkeley.

Angela Garcia is the Executive Director of Global Links, a Pittsburgh-based nonprofit organization dedicated to improving health in resource-poor communities, locally and globally. A Pittsburgh native, Angela spent nine years studying, working and volunteering abroad, including in Mexico and Europe. Angela returned to Pittsburgh and joined Global Links in 2000, where she became Executive Director in 2018. Today, she leads a staff of 20 employees and more than 4,000 community volunteers. Under her direction, Global Links continues its focus on large-scale international medical programs focusing on primary care and maternal and infant health. Since 2015, Ms. Garcia has also led the creation and expansion of Global Links’ Community Partners Program, which supports other non-profit organizations by providing the medical materials, mobility aids, and home medical equipment that organizations need to better serve their clients and patients. As of 2019, the program served 7000+ Western PA neighbors in need. Ms. Garcia serves on the Advisory Board of the Bayer Center for Nonprofit Management, she is a founding member of the Pittsburgh Chapter of the Labor Council for Latin American Advancement and serves on the board of the Pittsburgh-Matanzas Sister Cities Partnership. She was named one of Pittsburgh’s “40 under 40” in 2013.

Ozzy Samad is the President of Brother’s Brother Foundation (BBF) based on Pittsburgh’s North Side. BBF’s mission is to help bridge the gap between aid and sustainability by supporting localized programs and providing essential resources in the areas of healthcare, infrastructure, disaster response, and education (H.I.D.E). Ozzy joined BBF in 2017 as COO and became President in January of 2019. His prior career focused on the securities industry where he worked as a fixed income and derivatives trader and then founded an institutional equity trading and investment management firm. He also served as the general partner for Azroc 1, L.P., an investment partnership. Under Ozzy’s leadership, BBF implemented a seamless management transition, unveiled a new strategic plan and website, formalized its programs under the H.I.D.E. umbrella, and streamlined operations for greater efficiency and cost savings. BBF collaborates globally with partners on the ground to understand and help address their needs by sending relief shipments of pharmaceuticals, medical equipment and supplies, supporting physician-led Med-Surg teams, responding to natural and other humanitarian disasters, working with educational programs, and supporting projects such as mobile clinics, maternal care facilities, and solar power systems for emergency shelters. Ozzy is a Pennsylvania Representative for the U.S. Global Leadership Council, a member of the World Affairs Council of Pittsburgh, and is involved with the American Middle East Institute. He is also a former member of the Board of Trustees of Shady Side Academy and FAME Fund. 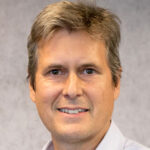 A great friend and ally of Partners in Progress for several years, Michael served first as a board member, later as a consultant, and most recently as Interim Associate Director with former Executive Director, Dr. Richard Gosser. He assumed the Executive Director role in early 2015. Mike brings over 12 years of non-profit management experience and 15 years of experience managing community-led, asset-based development and education programs. This work has focused on agriculture, environmental restoration, health education, supportive housing, and green building efforts, mainly in Native American and low-income communities in Minnesota and rural Haiti. Since 2011, Michael has coordinated PIP’s earth-block construction project (the EGD Project) and its agro-ecology (the KVK, or Konbit Vanyan Kapab) project, both in Deslandes, Haiti. Mike studied political science and psychology at the University of Houston, holds a J.D. from Hamline University School of Law and M.Ed. Agriculture from University of Minnesota.

This event will be hosted on Zoom and will feature individual presentations as well as a panel discussion. We hope you can join us and join in the conversation. All registered participants will receive a link to join the Zoom meeting in advance of the event.

This event is open to the public and free to attend, but we do appreciate anyone who is able to donate a suggested contribution of between $5 and $20. At Green Building Alliance, we envision a place where every building and community is sustainable so every person can thrive, and we thank you for all you do to make that vision a reality.